Circular round table on best practices from the Delta region

Circular biobased entrepreneurship offers opportunities for economic growth and reduction of CO2 emissions. This was demonstrated by Circular Biobased Delta (CBBD) during the Week of Circular Economy at the Circular Industry Table, led by CBBD chair Willem Sederel from the Green Chemistry Campus in Bergen op Zoom.

The circular economy starts in the field, argued Frank van Noort (Director, Cosun Innovation): “We need to see beet, but also potatoes and the like as renewable raw materials that grow again and again and don’t produce waste. We make not only sugar and chips from them, but also increasingly all kinds of non-food products, such as functional proteins and chemicals.”

“North Brabant sees the circular economy as a hugely important theme, just like the biobased economy and the energy transition,” said Waldo Maaskant (Province of North Brabant). “An important task of the province in that transition is to mobilise and connect the parties, form consortia and strengthen the ecosystems. This is also stated in our new policy plan, the Circular Economy Implementation Programme. Only by working together, we can make an impact.

Frank Petter (Mayor of Bergen op Zoom and figurehead of the agro and biobased economy in West Brabant): “We have a strong ecosystem in our region and network facilities like DAB and the Green Chemistry Campus. But we also make resources available as a municipality, together with the province, such as the Stimuleringsregeling Biobased Economy Green Chemistry Campus, with which we co-finance companies that want to establish themselves on the Campus.

Connie Paassen, director of the Green Chemistry Campus: “We can also use this incentive scheme for companies that want to establish themselves at the new estates we are currently developing.”

Jonica de Bruijn (REWIN) emphasises that value is created in the region for future generations. This happens in value chains of start-ups, scale-ups and large companies. “With our BioVoice programme, we have found a pleasant way for these large and small companies to meet each other: matchmaking based on challenges. In the meantime, 28 challenges have been set by 13 large companies from the region, 236 pitches have been made and these have led to 54 innovation contracts, but also many other forms of cooperation.”

Evodos from Raamsdonsksveer (specialising in energy-efficient mechanical dewatering), for example, was one of the winners of BioVoice in 2019. Sales manager Bas van Opdorp: “It gave us immediate access to a large market, a large network and support from the Green Chemistry Campus and Rabobank. That allowed us to develop very quickly. We have now sold installations in the US and the Arab Emirates, and in 2022 we are going to perform our first full-scale demo at Cargill in the Netherlands. We really have BioVoice to thank for that. Normally, such a process takes years.

Waldo Maaskant: “Especially the unexpected encounters within BioVoice are very valuable. The concept itself is also interesting for other themes. We are also going to pick it up from the manufacturing and food side. And there is interest from other regions in the country. We also want to link the human capital agenda to it: that we are going to train new talent for the new economy, which can also be well linked to these innovations.”

The fact that factories are actually built is essential if innovations are to be scaled up and eventually commercialised. Financing is indispensable for this, for example by means of venture capital, subsidies and bank loans. Rabobank plays an active role in this in West Brabant, based on its tradition as a cooperative bank.

“We use part of our dividend for social transitions,” says Juultje van der Wijk (Director Cooperative Rabobank). “For example, we support communities on business estates in which companies work together on sustainability and circularity. In the Delta region, we also help start-ups and scale-ups move forward with financing constructions, such as the Rabo Innovation Loan.” However, Rabobank sees a broader role for itself than just that of capital provider. “It’s about creating awareness, helping our customers with the transition and, above all, doing that together in the ecosystem.”

Development companies also help entrepreneurs with more than just financing. Harmen de Kool (Business Development & Investment manager at Brabant Development Company, BOM): “Our central mission is to sustainably strengthen the Brabant economy. Together with REWIN and other parties, we help to develop ideas into fundable business cases. We can help with risk-bearing capital, but also with development capacity, because capital never goes it alone; you also have to be involved with the content. That is the success formula for taking big steps.”

Nevertheless, especially if an innovation cannot be profitable at the beginning, some of the capital requirement often remains unfunded. “When you are working on breakthrough innovations, you always have to go through an unprofitable start-up. A grant can be a real boost,” says Frank van Noort of Cosun. The EU Green Deal now provides a whole range of government grants that influence all kinds of European and national programmes. “Sometimes entrepreneurs can apply directly to the EU or the national government,” says Chantal de Schepper, Strategic Advisor on EU Funds for the Province of Zeeland. “For other programmes, we as a province fulfil a kind of partner role. Think of Interreg, EFRO, REACT-EU and the Just Transition Fund. In those cases, it really has to happen in the regions.”

Frank Vergunst, founder of Alta Carbon Technologies (ACT) in Gouda, experienced at first hand what it means for an SME to find its way through the forest of subsidies and financing. The company developed a circular electrolyte for lithium batteries, for which there is now a huge demand. As the only shareholder, Vergunst initially invested only his own money in the company, but in order to be able to scale up, he had to go on a long quest among venture capitalists, potential strategic and industrial partners, impact investors, major banks and pension funds. Ultimately, the key to start-up capital turned out to be in the region. Partly with the support of the Zeeuws Participatiefonds, ACT realised its first pilot. “That has given us an enormous boost”, says Vergunst confidently. “Even with our pilot, we can be profitable.” 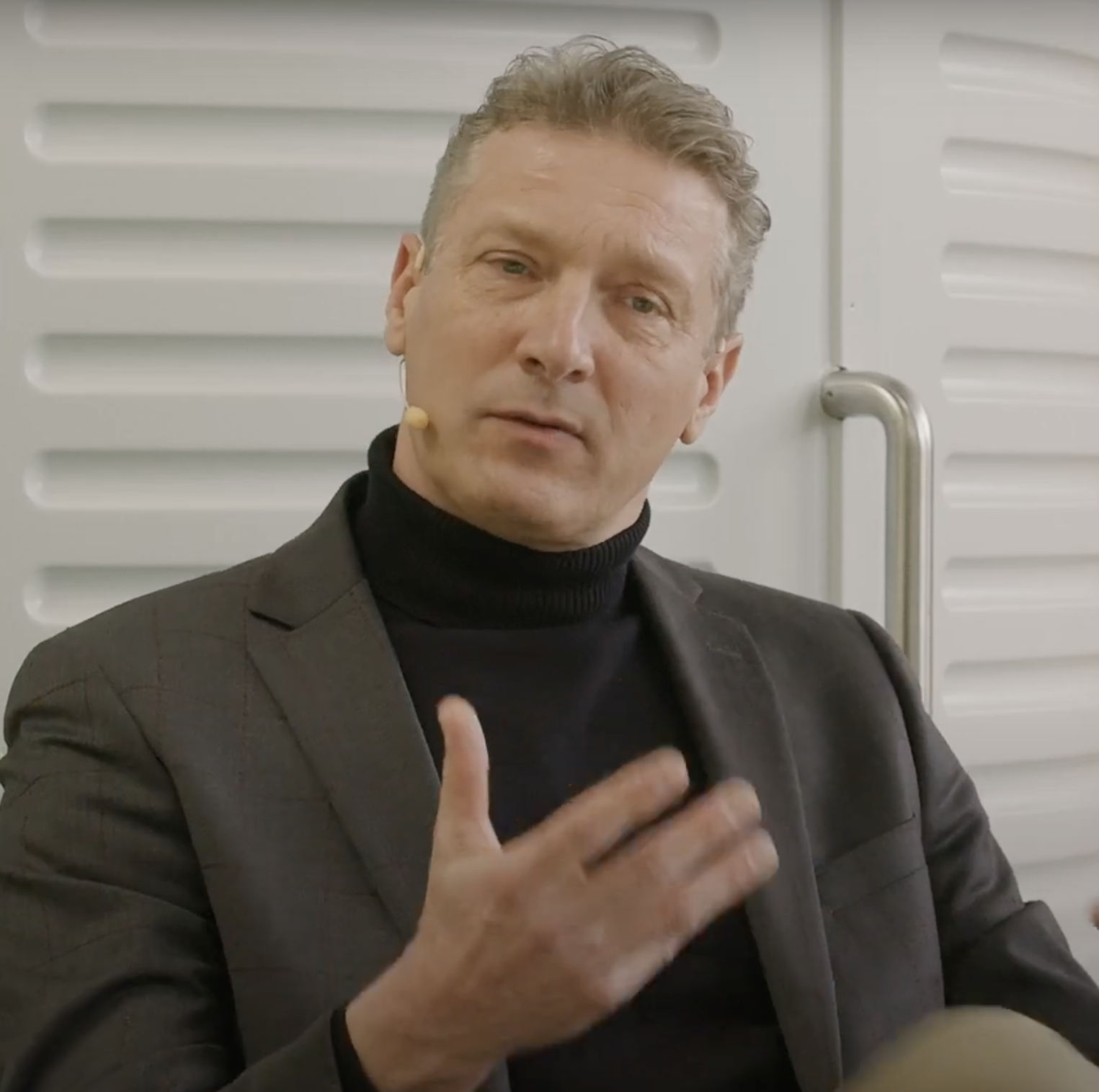 Only by working together, we can make an impact.